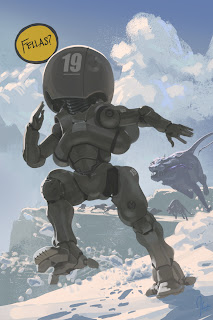 Ralph Larson of the 24th Tundriatic Botanical Expedition confirms that they are indeed not alone.

Posted by jbachdesign at 7:06 PM No comments: 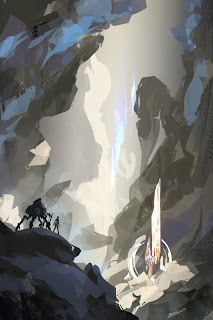 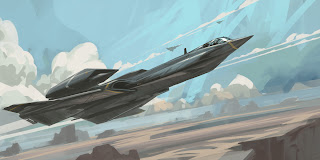 I've been taking some time to try and produce work that's a little more spontaneous and less time consuming.  It's just nice when you can put together an image quickly and get the message across--never been super strong at speed painting.  It's a good skill to have and it seems to really help with decision making when I'm working on more involved paintings.
Posted by jbachdesign at 6:58 PM No comments: 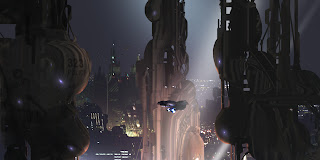 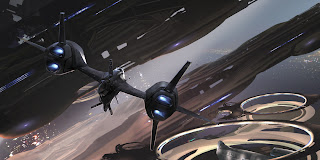 These two sketches started out as pretty quick scribbles playing with some brushes, but I went back in to spruce them up for a couple of hours.
Posted by jbachdesign at 6:52 PM No comments: 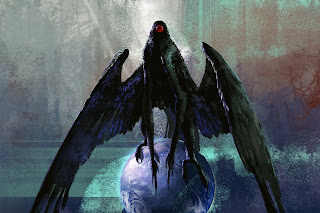 Sometimes I listen to books on tape while I work and this time around I was listening to a story by Harlan Ellison called "Deathbird."  It's a collection of vignettes that drops you into different settings with different characters. They're all connected, but it became a little bit of a convoluted ride for me. There is one story that is picked up over and over through all the others.  It's a sort of primal meditative story about a man Nathan Stack who is awakened by the snake Dira.  The serpent, who is an original creator of earth, has been left behind to revive Nathan Stack and tell him the truth about God.  Also known as "The Mad One," he took control over the Earth millions of years ago and through the ages had twisted the story so that Dira is now known as the symbol of evil.  Nathan Stack is the one man who can make the journey to confront God and put waning Earth out of it's misery by summoning the Deathbird.

The story gets pretty dark in some places and is blasphemous throughout, but super creative and a good listen.  Anyway, this is what it inspired!
Posted by jbachdesign at 2:40 PM No comments: