I know I'm a deadbeat here, but I wanted to poke my head out of the cave for a moment to let you know I'm still kicking.

Here are some images done for the new Halo 4 live-action trailer that recently debuted at E3.  As it often happens not everything made it into the final cut.  Initially there was a scene where Master Chief scales up a mountain as parts of a massive ship breaks up and rains down on to a jungle landscape.  We see a reflection of it in MC's visor as it comes down.  The story boards looked great for it, but for one reason or another it ended up getting cut. 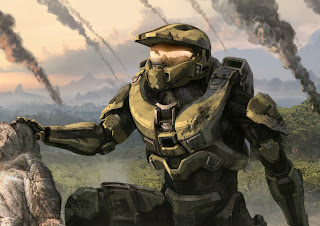 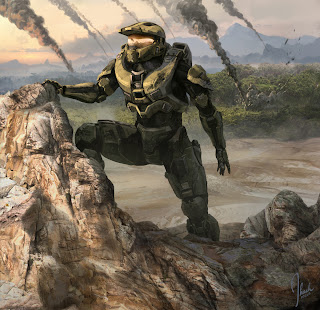 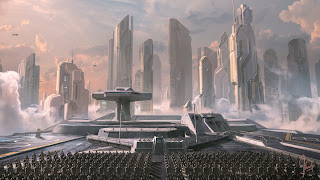 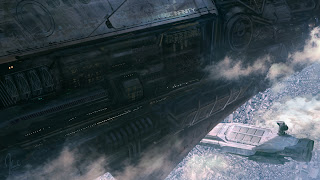 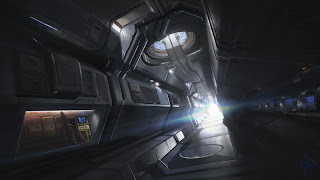 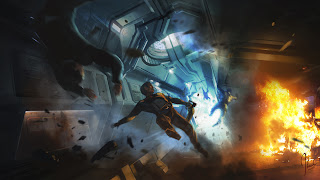 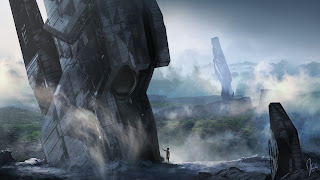 This last image was for a concept in which an ancient technology sitting undisturbed for eons is finally discovered by a young native boy.